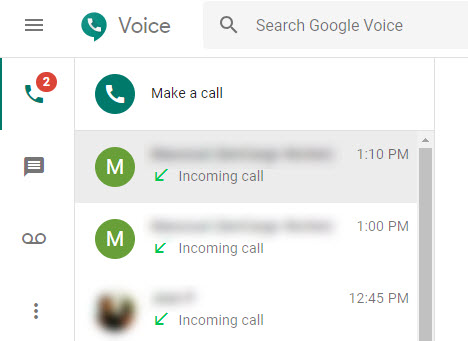 I heavily rely on Google Voice, heck I have to stop and pause to remember my actual phone number. Ever since Google updated the app last year it has given me new hope, hope that they will not ax it. I used it within when Hangouts was the it app, and I plan on using until they flip the switch on it.

Recently Google starting rolling out VoIP calls within the app (a functionality that only worked in Hangout after installing a second Hangouts dialer app) which will allow you to make call over WiFi.

Will Google give up on it, let me know down below.

We would like to show you notifications for the latest tech, auto, podcasts, and store items.
Dismiss
Allow Notifications